Celebrating a Life of Service to the Community - Steve Triphahn

HOFFMAN ESTATES, Ill., February 5, 2021 (Newswire.com) -When Steve Triphahn, Chief Executive Officer of the Hoffman Estates-based WT Group engineering, design and construction firm, passed away on Monday, January 4, 2021, after a battle with Covid-19, the Northwest Suburbs lost a visionary business leader whose impact on local communities will be felt for years to come.

A veteran of 45 years of service to the WT Group, as CEO Triphahn made it his personal mission to help improve the quality of life in the community, both by executing Mechanical and Electrical Engineering Projects (MEP) delivered to the highest professional standards, and as a dedicated supporter of important local organizations and initiatives.

"Steve loved this community and was intimately involved in trying to make life better for the families who live here," said Troy Triphahn, president and CEO of the WT Group. "In addition to making sure that the WT Group delivered MEP services to the highest standards, Steve led our team's support for local initiatives that continue to have positive impacts in our communities."

Initiatives that Triphahn stood behind included the Children's Advocacy Center of North & Northwest Cook County, which advocates for childhood victims of physical and sexual abuse, and The Friends of HE Parks Scholarship Fund, which provides a funding source for recreational scholarships to disadvantaged families. He was also proud of his leadership of the WT Foundation, which provides scholarships to local high school students pursuing majors in Science, Technology, Engineering and Mathematics (STEM).

Triphahn also held important leadership roles within the engineering profession. He was active in the Chicago Chapter of the American Society of Plumbing Engineers (ASPE), serving for several years as president, new member ambassador and organizer of the group's annual golf outing fund raiser, which is now named in memory of Steve.

"Steve was a leader in his profession," said Jon Triphahn, Steve's younger brother and a plumbing engineer at the WT Group. "He had a commitment to client service unmatched in this industry. He is the one most responsible for turning the WT Group's MEP practice into the market-leading organization it is today. And as his brother, I could not have been prouder to have worked with him to make our communities better for all residents."

At the time of his death, Triphahn was just weeks away from celebrating his 40th wedding anniversary with his wife Shelly Triphahn. Acknowledging that Triphahn was always quick with a one-liner and an expansive smile, his wife, three daughters and five grandchildren all share the same observation of the kind of person he was.

Triphahn's family suggests that any community members who wish to commemorate the many contributions that he made to the community consider donating to the WT Foundation https://www.wtengineering.com/about-us/the-wt-foundation. 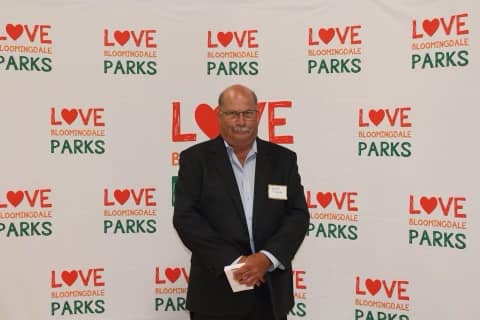