Pratum Construction, a division of WT Group, was named a finalist in the Business Partner of the Year Awards for Speedway, the second largest company-owned and operated convenience store chain in the United States. Pratum was one of only eight companies to be named as a finalist in the Retail support Business Partner category that included superior brand names like Coca-Cola, Red Bull, and Altria.

“We were thrilled to be recognized for our partnership and superior service in the Retail Support Business Partner category,” said Steve Howett, President, Pratum Construction. “It has been and continues to be a pleasure working with a company that has both a great reputation and great people. Standing alongside companies of this caliber and unwavering commitment to quality is keeping good company indeed.”

“It is a high honor to be considered a valued partner of Speedway,” said Troy Triphahn, COO, WT Group. “They have several thousand vendors that support the 2,740 Speedway stores across the country and Pratum Construction has been one of them for 30 years. We are grateful to be part of the team that serves more than two million customers every day.”

The awards were announced at a special banquet at NCR Country Club in Kettering, Ohio in late February. 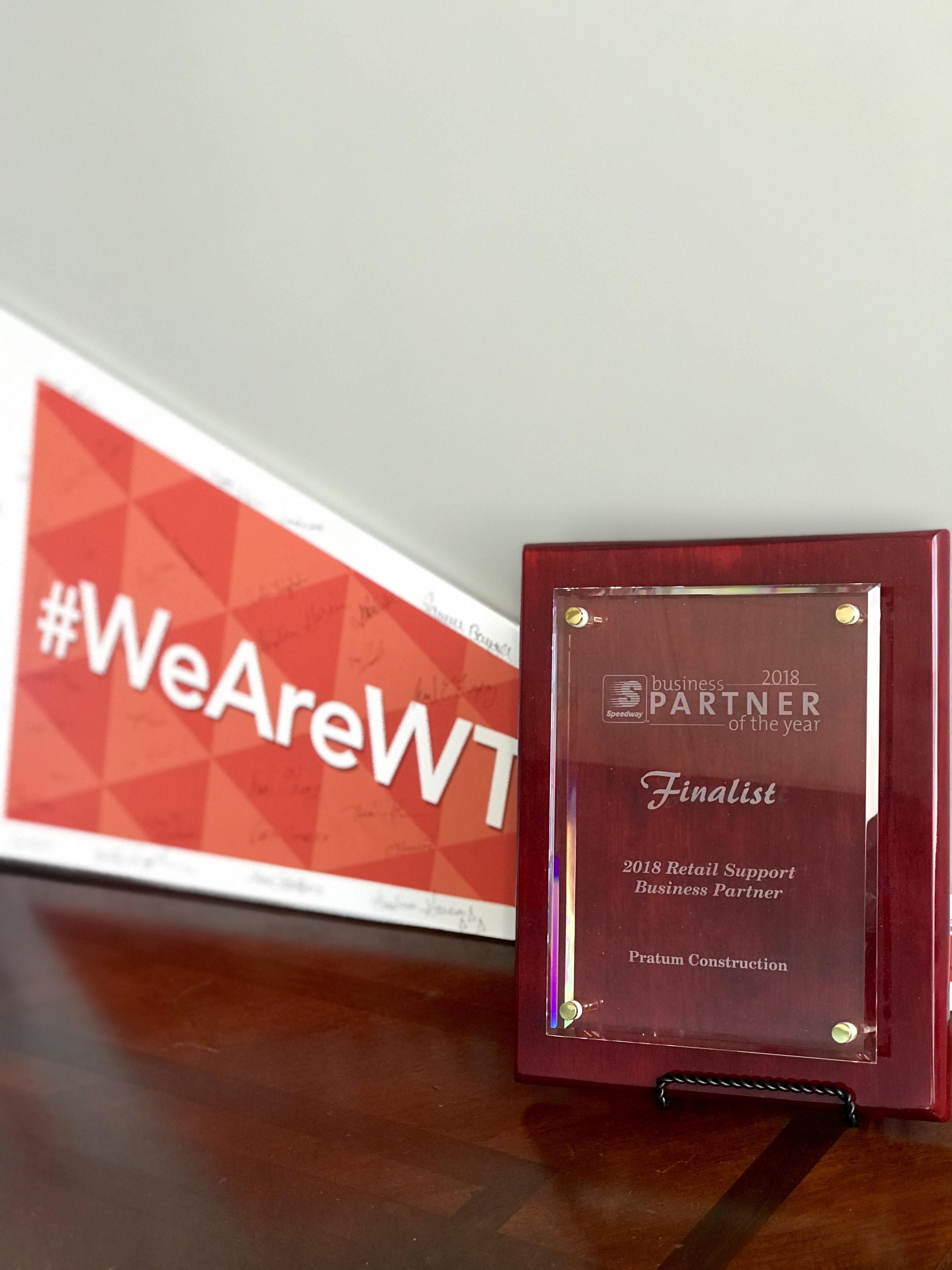