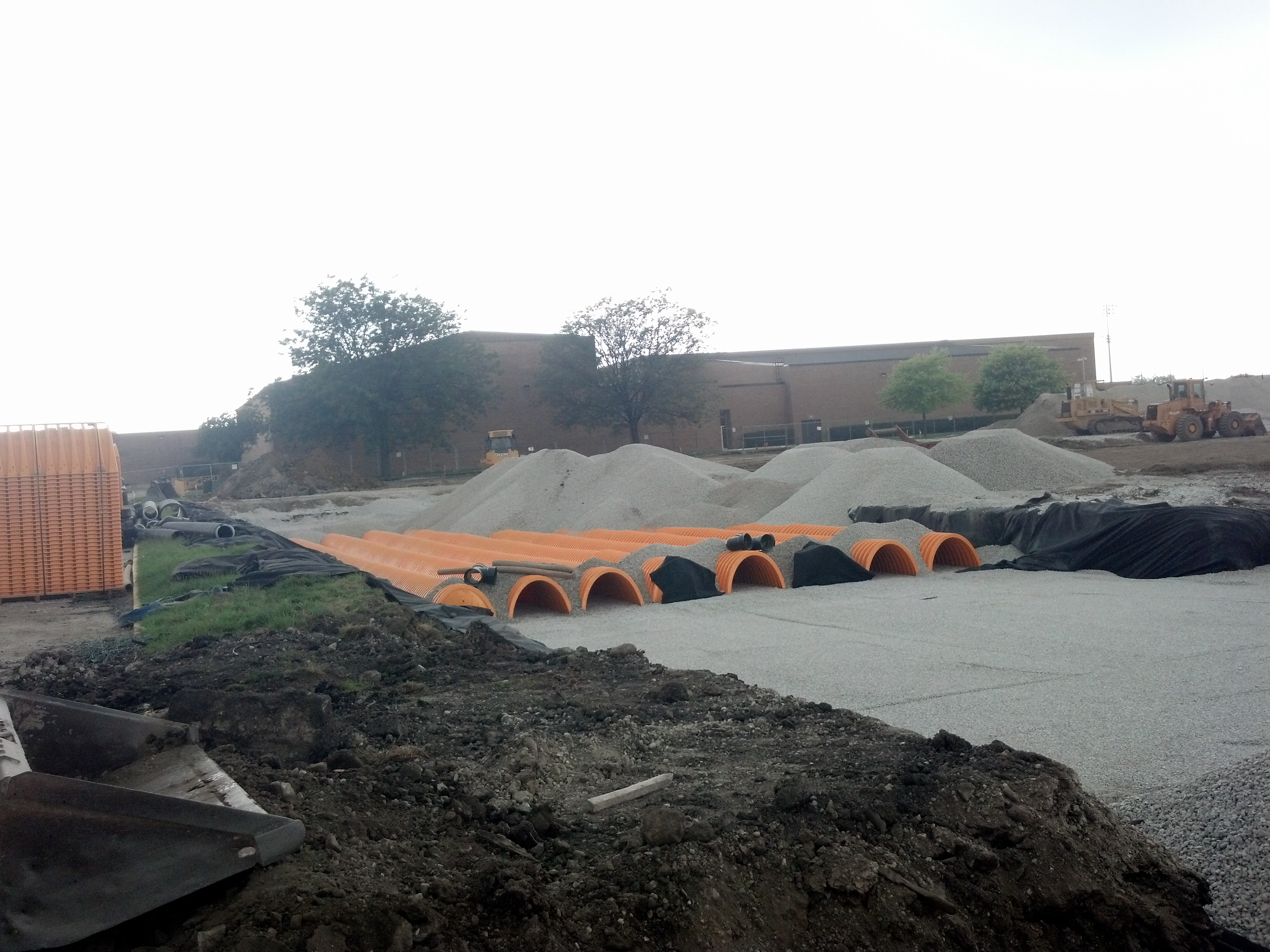 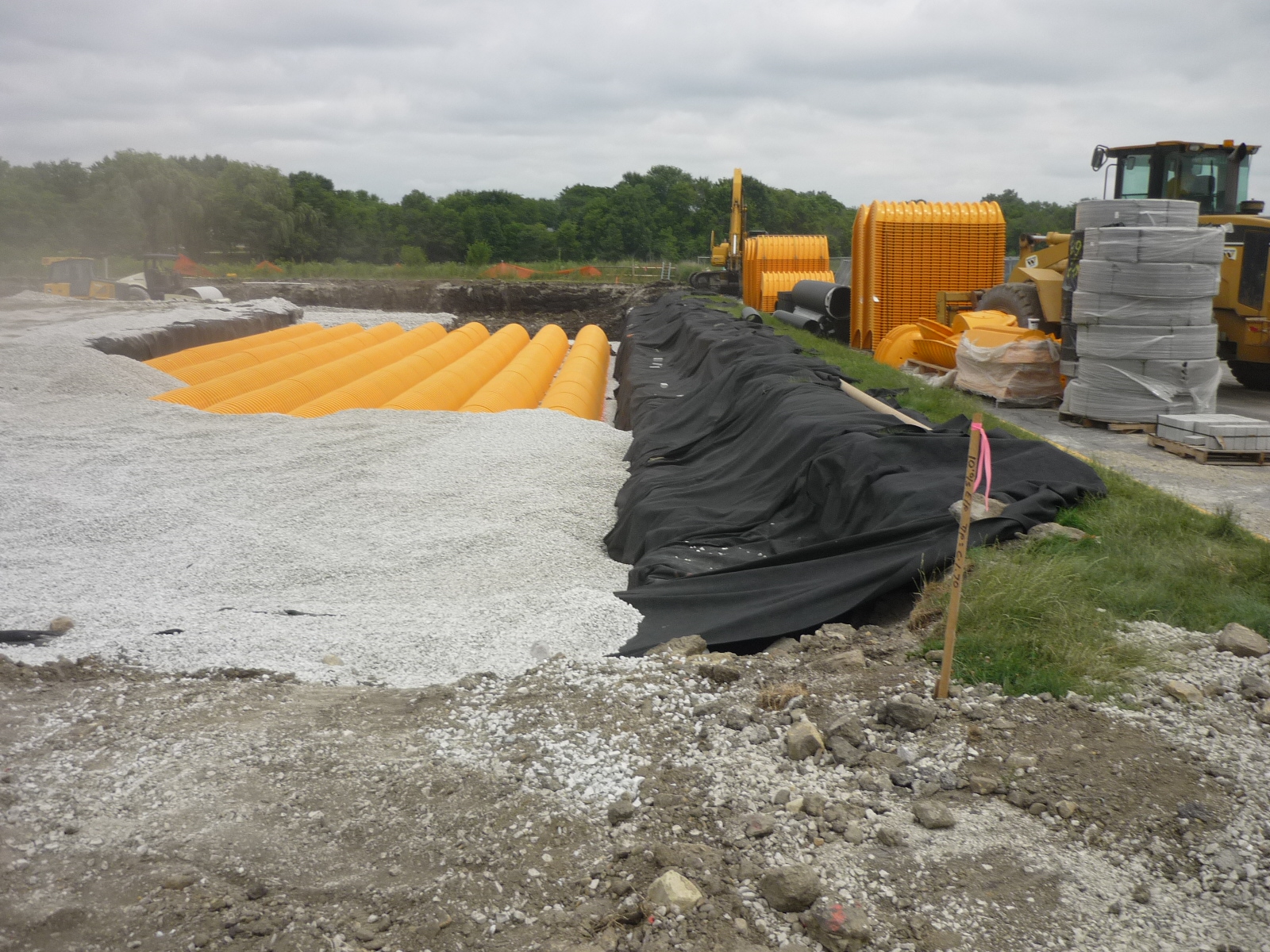 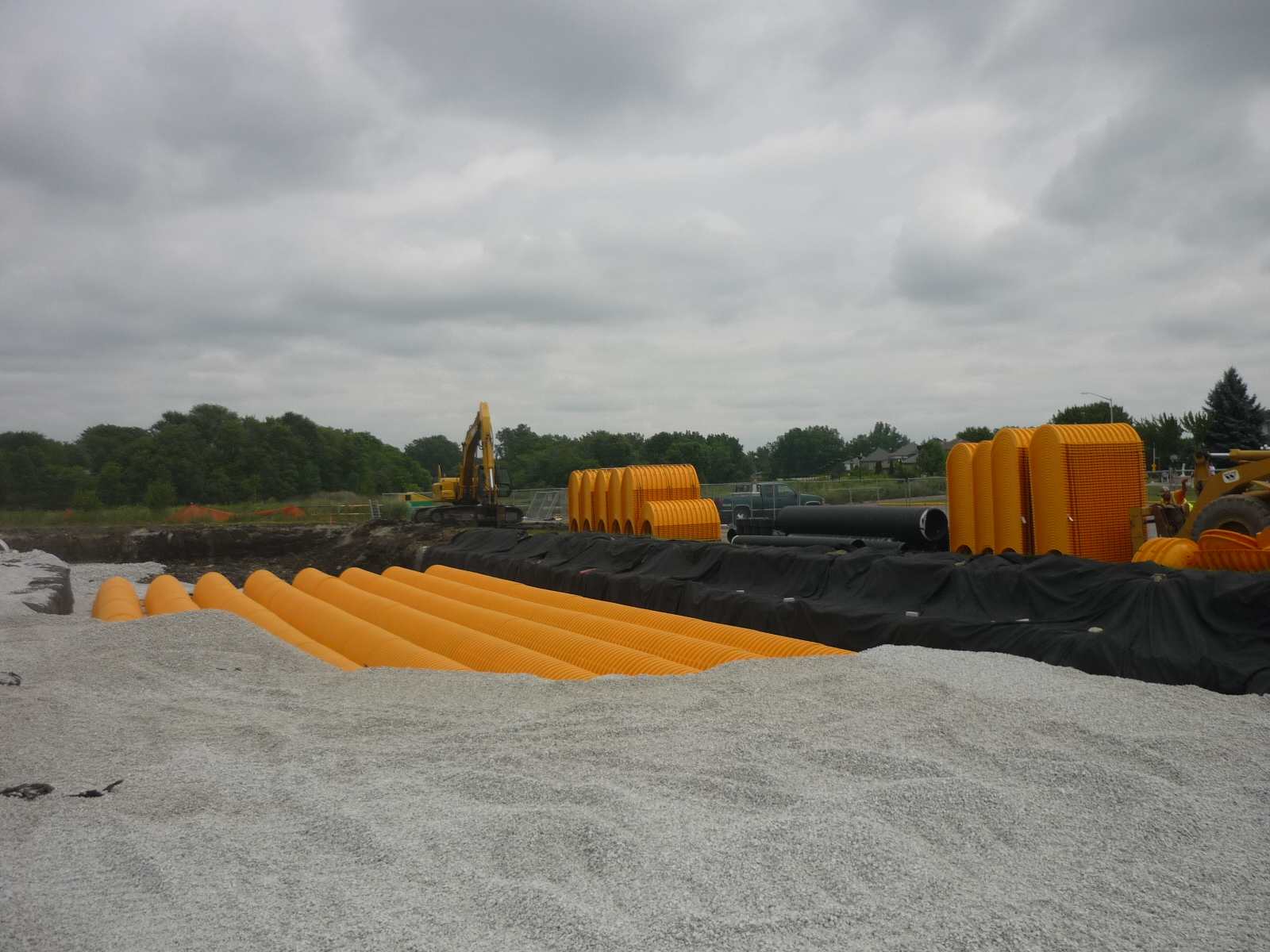 The project consisted of raze / rebuild of existing tennis courts.  The Geotechnical Engineer investigation discovered organic material to a depth of 6-9 feet in places within the footprint of the courts, which were expected to settle over time, leading to cracks in the court.  Stormwater detention was not required for the tennis courts since it was considered maintenance, however, stormwater detention WAS anticipated for the future building addition.  Therefore, the organic soils were excavated and removed from the site and a StormTech arched plastic pipe detention system was placed within the excavation.  In this way, we were able to make use of the excavation and reduce the amount of stormwater detention required for the future building addition.

The WT Group provides clients with a single-source engineering solution to help maintain the integrity of all projects from start to finish. With over 50 years of experience, WT Group’s highly skilled engineering, design and consulting teams ensure consistency, clarity, and accuracy in the most cost and time-efficient manner.